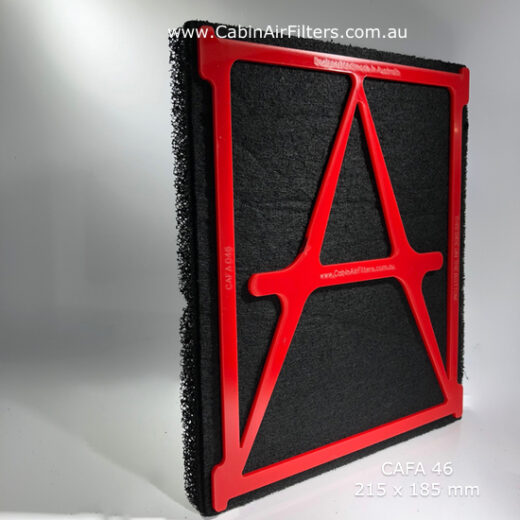 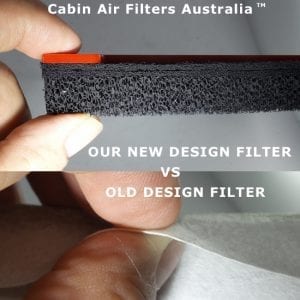 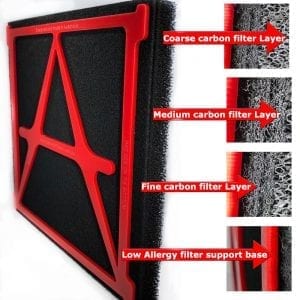 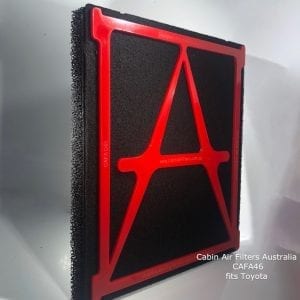 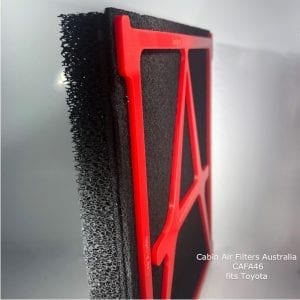 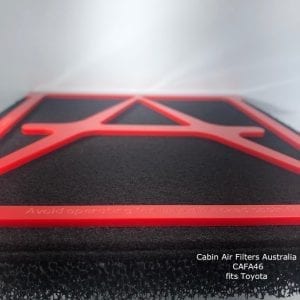 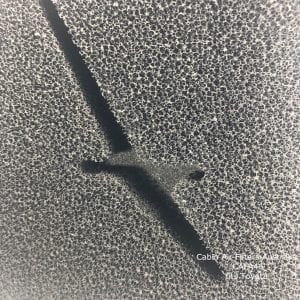 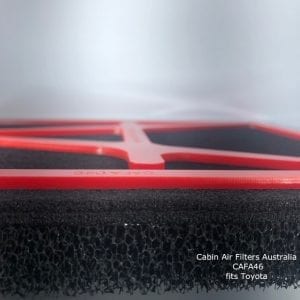 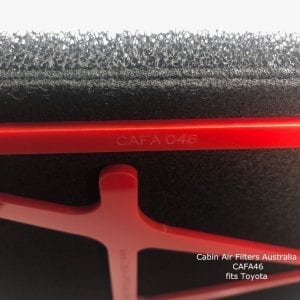 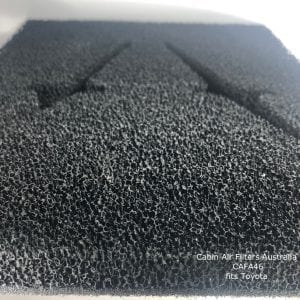 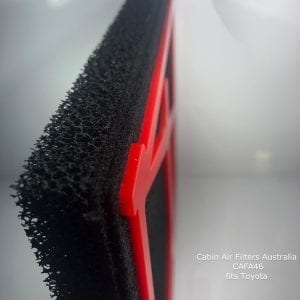 See below — interchange with other part numbers.

How Our Filters Work

As the polluted air is forced through 1000s of tiny pores constantly swirling and changing direction, it’s depositing microscopic particles along the way, Though over 20 mm thickness of 3 progressively finer activated carbon filtering layers. Particles stick to the carbons rough surface, the carbons microscopic pores absorb noxious odours, gases, and chemicals. The cleaned fresh air then exits the Toyota RAV4 cabin filter into your Vehicle’s interior. Unlike Standard filters, air only passes through a single 2mm thin layer.

Second and third layers of progressively finer carbon filter material over 4 mm thick. It traps and absorbs hazardous microscopic particles such as Bacteria, Airborne heavy metals, harmful gases, diesel exhaust particulates, chemicals, and ozone as much as possible. All Layers are supported by our low allergy custom-made acrylic base designed for your air conditioner. As a result, we provide the best possible protection from pollution entering your Toyota RAV4 Air-conditioning system.

Why Our Filters Are Better

Login to Cabin Air Filters
Reset Password
Enter the username or e-mail you used in your profile. A password reset link will be sent to you by email.

When you visit our website, it may store information through your browser from specific services, usually in the form of cookies. Here you can change your Privacy preferences. It is worth noting that blocking some types of cookies may impact your experience on our website and the services we are able to offer.